2003 FJR1300
Joined Jul 26, 2020
·
87 Posts
I just tore down, cleaned and lubed the swingarm and am second guessing the condition of the bearings in there. They weren't completely dry, but didn't exactly roll around like new after cleaning. Grease helped a bit, but the nagging thought of putting it all back together only to do it again is bugging me.

It is typical to have replace these bearings after 50k miles? What do you guys do?

If I pull the oil seals and roll the bearings around in some kerosene to thoroughly clean them would the oil seals need replacing? I sprayed them with degreaser and used compressed air to finish the job, then packed with fresh grease. It's still apart somewhat so not too hard to pull it apart again.

Joined May 12, 2019
·
410 Posts
Impossible for anyone to say without seeing them, but if you have greased them and they turn OK they are probably OK.
That is not a high mileage for those bearings. How about the bearing on the bottom of the shock, which is the most important bearing on the bike, that might need replacing after that mileage.

Now the relay arm, item 24.... that middle one is vulnerable if never greased before, but only you can just the condition going by the long bushing... if it's in good shape, the bearing is... I just repack all the relay arm bushings and reassemble, then they will repel water.
B

RaYzerman said:
I agree, that's not a lot of mileage... If you greased them they are OK.... the seals will seal with grease on/behind them. Not that it's very easy for moisture to get in there anyway....... not much stress on those swingarm bearings...

Now the relay arm, item 24.... that middle one is vulnerable if never greased before, but only you can just the condition going by the long bushing... if it's in good shape, the bearing is... I just repack all the relay arm bushings and reassemble, then they will repel water.
Click to expand...

I'd sure like to inspect those relay arm bearings, but there are obstacles. The bolt holding it on is trapped by the center stand. I thought ok, just remove the center stand. Rear wheel is already off so I hung the rear end from the rafters and proceeded to pull the center stand. It seems the exhaust has to come off to get the center stand off. Ugh! Is all that necessary? If so I guess I'm flushing the cooling system, checking valve clearance and whatever else I come acrossed.
F

FJR1300 A, TMax 530 DX, Tracer GT900, XS850, Niken
Joined Oct 31, 2005
·
373 Posts
Some cut that bolt off, and replace with a new one (the other way around for the next time). It is also possible to lever the exhaust outwards with a lever/breaker bar just enough to get the bolt out too (still put it back the other way around)

Versys 1000, VFR800
Joined Jan 15, 2013
·
11,084 Posts
IF one wanted to NOT check the very front relay arm bearings, you can remove the rear dogbone bolt and shock mount, and the relay arm will pivot down. The center bolt will now be forward of the centerstand so you can get tools on it.....

fjrlee, I had posted some time ago someone else try it..... then had occasion to try it myself.... didn't work, so we cut the bolts off with the reciprocating saw.
F

2003 FJR1300
Joined Jul 26, 2020
·
87 Posts
Thank you guys for the help. And thanks to this forum in general for all the knowledge shared. I've been poking around in different threads and found a ton of great stuff. In hindsight, I shoulda started by clicking the little magnifying glass on top of this page and seeing what had already been discussed. Nonetheless, thank you...

So, I had a bit of a setback on this job. I had the rear end hung from the rafters, which worked fine, but the location of the straps wasn't very well thought out. At the end of the day, I wanted to move things around and get ready for a tile job on Monday. Well, I hit the button to open the roll up door and heard a godawful noise. By the time I realized what I'd done the door had taken out one of the straps. The bike tipped to the right and landed on a plastic one gallon paint can. I don't remember why the can was next to the FJR, but the clutch cover landed on it. The right turn signal got pushed in, which can probably be popped back into place, and the right handlebar hit the foamy pad things I was kneeling on. Fortunately one strap held strong so the only part touching the ground, sort of, was the right bar end.

I'm 5'8" tall and 145lbs and for the life of me I couldn't wrestle it back up onto the center stand, and every time I tried that paint can smashed a little more. I got my wife, who's a few inches shorter than me, out into the garage and we still couldn't get it back on it's feet, foot...whatever... So, that was Sunday evening. The FJR slept just like that with a single strap holding up the rear, the right bar end on a foam pad, and the mighty little paint can under the engine.

Monday morning I texted my neighbor, who wasn't available the night before, and asked for help. Without hesitating, he came right over. He looked at the bike and said, well, pick it up. Easy for him to say. He's just shy of 7' tall and at least twice my weight. He grabbed both grips and had it upright in a flash! I couldn't thank him enough!

If both wheels were on and the center stand flipped up, I'm sure I can stand it back up. This was just awkward. Anyway, nothing really hurt but my pride....and a half empty paint can.

I did manage to get back out there tonight. I built the 3/4" pipe stand and strapped it up in a much better location. Got the center stand bolts cut off, one of which needed to be cut into three pieces to remove! I doubt this has ever been apart since it left the assembly line. The grease in there is completely solidified. I tried scraping that carmelized grease out with a pick to see if they'd still roll, but feel like it's a waste of time.

My son and I were planning to ride this Saturday. He's moving to Georgia soon so we don't have much time left to ride together. I'm really hoping the local dealer has these in stock. 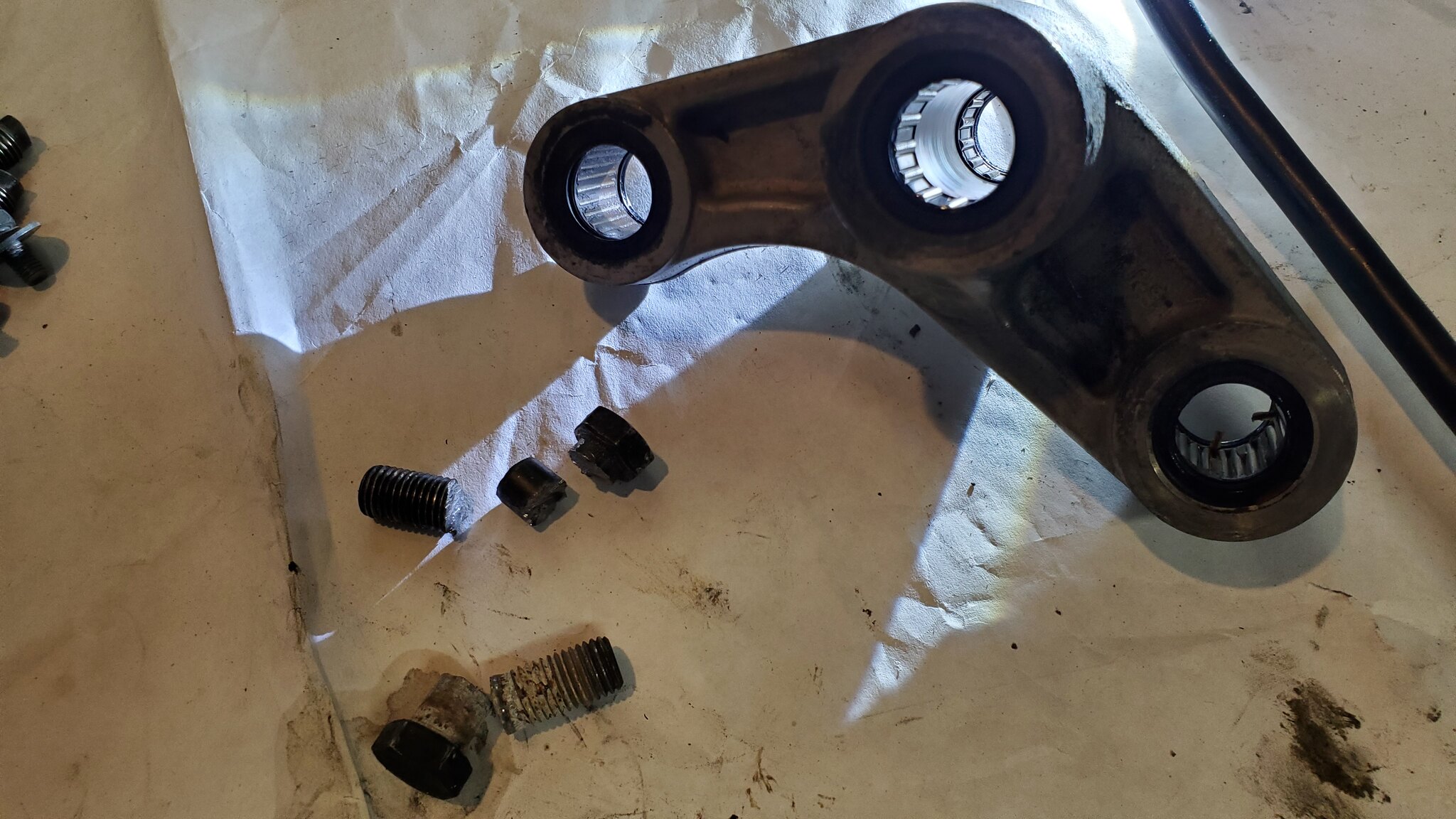 You can pick the rollers out, remove the cage (in one piece) wash the lot out, regrease and replace the rollers.

2007 FJR1300A
Joined Mar 21, 2021
·
2,830 Posts
Yeah, you already messed up the cage on the right - that is plastic not grease. Doesn't matter now but I'd just have sprayed them full of WD40, put a paper towel on your finger and spin it in the bearing a few times then grease them up. I seriously doubt any dealer has those in stock, I'd just get your order going with partzilla. The parts all come out of the same places but I can typically get the parts to my door faster from them than when the dealer has to order.
B

In case the dealer doesn't have any I found a couple on fleabay for pretty cheap. Is this advisable? Both appear to be shipping from Idaho where there's a lot more moisture than here in New Mexico. 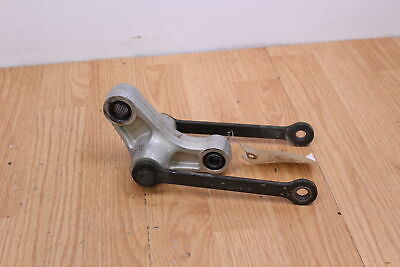 Find many great new & used options and get the best deals for 2004 YAMAHA FJR 1300 Rear Shock Linkage/ Relay Arm at the best online prices at eBay! Free shipping for many products!
www.ebay.com

Another, not as good looking 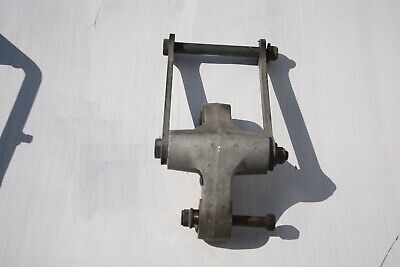 RaYzerman said:
The ebay ones both are pretty cheap, and have been scarce..... worth taking a chance on IMHO.
Click to expand...

None found at local dealers. In fact they're backorder is from 2020.

Just ordered the better looking one on ebay. Hopefully one of the collars I have will fit where one's missing.

Versys 1000, VFR800
Joined Jan 15, 2013
·
11,084 Posts
Collars will fit all..... trouble with rebuilding your own is adding up the $$ for all the parts... hopefully you don't need any and this turns out to be a bargain.
For everyone else, prevent this potentially PITA and expense by greasing up your relay arm early in FJR life. There's barely enough grease from the factory to keep out moisture, which causes the failures when the collar and/or bearing gets rusty.....
F

FJR1300 A, TMax 530 DX, Tracer GT900, XS850, Niken
Joined Oct 31, 2005
·
373 Posts
It is a pity that nobody has devised/designed a rubber boot to fit over the entire relay area. However if the bearings are regularly greased they should last indefinitely.
B

I'd sure rather be wrenching on the bike today than installing a glass tile tub surround. This is a very stressful job. The bike may have to wait till this weekend.

Looks like I ought to give that a look. Have not yet passed 26k miles, but a little maintenance now would be a lot better than having to replace bearings prematurely later.

FWIW, I have previously bought bearings from the Motion Industries shop here in ABQ. That's where I got the steering bearings for my old Vstrom a few years ago. I don't know whether they would have the ones that go in the relay arm though.

fjrlee said:
It is a pity that nobody has devised/designed a rubber boot to fit over the entire relay area. However if the bearings are regularly greased they should last indefinitely.
Click to expand...

This may seem like a good idea, but it may be tough to do this without accidentally trapping moisture in places you don't want. A pitted relay arm would be almost as bad as rusty bearings.

Versys 1000, VFR800
Joined Jan 15, 2013
·
11,084 Posts
All FJR - A relay arms are the same..... ES is different. I don't know where you'd find those bearings, rather unique.
At minimum, grease the relay arm where you can get at it..... front bearing requires centerstand removal, but it is more protected.
If you undo shock mount, then rear dogbone bolt, relay arm will pivot down so you can get tools on the center dogbone bolt. Bike on centerstand of course......
1 - 20 of 59 Posts
Join the discussion
Continue with Facebook
Continue with Google
or sign up with email
About this Discussion
58 Replies
11 Participants
Last post:
Burque73 4 d ago
FJR Owners Forum
A forum community dedicated to Yamaha FJR owners and enthusiasts. Come join the discussion about performance, modifications, classifieds, troubleshooting, maintenance, and more!
Full Forum Listing
Explore Our Forums
FJR Central FJR Technical General Chat FJR: The Farkling II Bikes & Parts For Sale - USA
Recommended Communities