Kind of a shame they are no longer available in the states.

I will update as to the fit and finish once they arrive.
MrPalms likes this.
Capnkt is offline
Quote Quick Reply
post #2 of 12 (permalink) Old 08-02-2018, 10:29 PM
ShoopCE
Junior Member
Training wheels fitted!

Kind of a shame they are no longer available in the states.

I will update as to the fit and finish once they arrive.
Dude!

I hope your lowering arms have arrived by now!

Anyway, I ordered a set last night. I should have them sometime next week.

Ordering this item from Germany was really simple. They use a PayPal system that lets you use PayPal directly or you can use a credit card. Then you get the option to use PayPal's exchange rate or whatever rate the vendor wants. I chose the PayPal rate because it was listed and wasn't too high.

My only concern at this point is that after I placed the order I noticed that they list the model years that this item will fit, and they exclude 2013 thru 2016. I have a 2016. Fingers crossed.

Anybody know what, if anything, changed for the Gen 3 passenger pegs?

rbentnail likes this.
No commercials. No dictators.

Join Date: Aug 2017
Location: Parkersburg WV
Posts: 7
The lowering arms arrived from Germany and they look and work great. They look so much a part of the bike that you really need to look to see that they are add ons.

There was no hassle with shipping from Germany. But it took a while, 3 weeks, and the tracking systems had no info for a week after DHL put the package on the ship and before it somehow materialized in Cincinnati OH in the USPS system. The vendor shipped this with a signature required - added a day.

The 2016 passenger pegs slipped right in. I found that the difference for the later foot pegs is simply that Yamaha started using a softer rubber with more of an air bubble that might be intended to provide better vibration isolation. The prior version were like the peg covers on my 2008 FZ6, harder rubber, simple flat solid core strip that has the same mounting points for two screws. I'm replacing the covers on my rider peg with the older version. The 2-yr old pegs on by bike are getting torn up.

Sorry for the delay. I am glad to hear that yours bolted up well.

I have Vance & Hines slip ons and they didn't fit correctly. Additionally the left one interfered with the center stand.

My buddy has a machine shop, so after a few mods they finally fit like they are supposed to. My wife loves the lowered position,
Capnkt is offline
Quote Quick Reply
post #6 of 12 (permalink) Old 08-11-2019, 05:42 PM
jtdunc
Senior Member
Farkle Trainee

As MCL seems to be out of business.

Looking for some passenger peg lowering brackets so the wife can ride with me more comfortably. 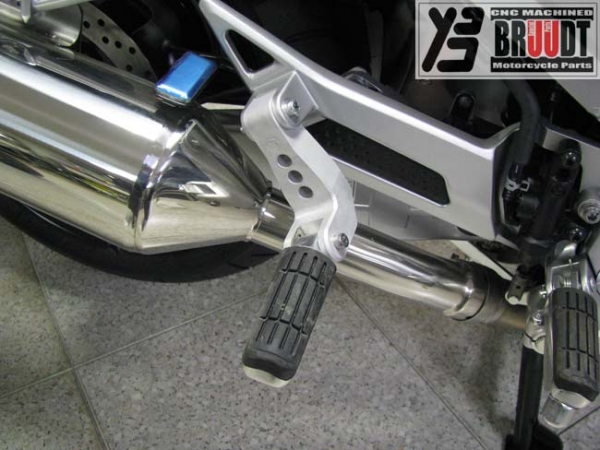 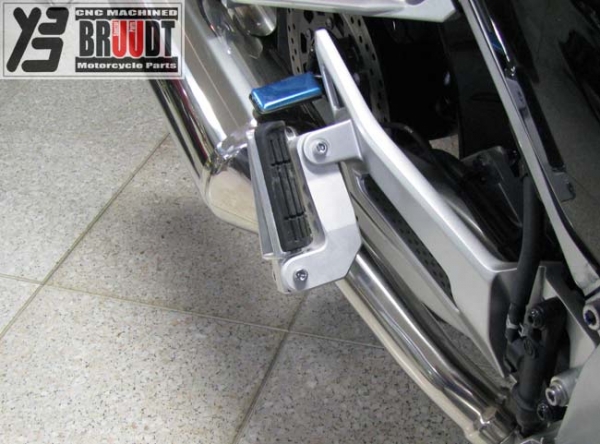 How was the fitment?

Join Date: Apr 2012
Posts: 12
I do have them installed on my 16' and my wife love them
Great quality parts and they look OEM
I do recommend them
Ride safe
Marcelo
marcelost is offline
Quote Quick Reply
post #8 of 12 (permalink) Old 08-12-2019, 03:56 PM
marcelost
Junior Member
Training wheels fitted!